This past Saturday June 26 at Downey City Hall the Downey Pride Alliance community organization held their second pride assembly and march in solidarity with many others who are celebrating pride month which takes place throughout June.

Alexandria Contreras ran the event which celebrated the LGBTQ+ community by raising the symbolic Pride Flag at the Downey City Hall and marching down to the local park in solidarity. 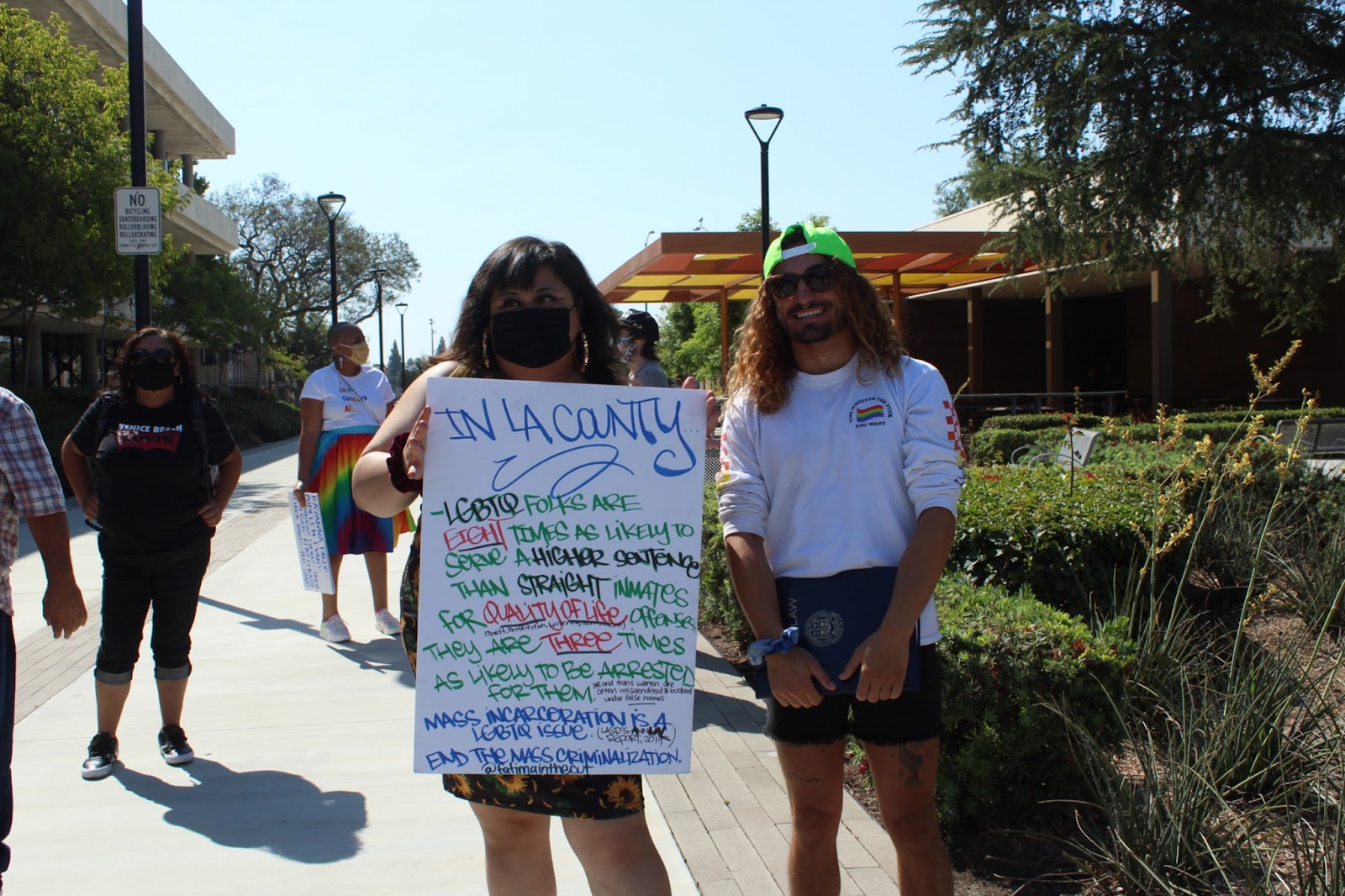 Marchers went from the Downey Public Library to Furman Park, where they expressed themselves with poetry, song and testimonies.

People who supported the event were there from all walks of life and each with a different reason for being there. One woman with three young children in attendance celebrating the event told us she was there to support her daughter who is a part of the organization.

Another group consisted of younger people, who were there to support victims of assault within the LGBTQ+ community, and they held signs with names written on them of people who were killed as a result of a hate crime. 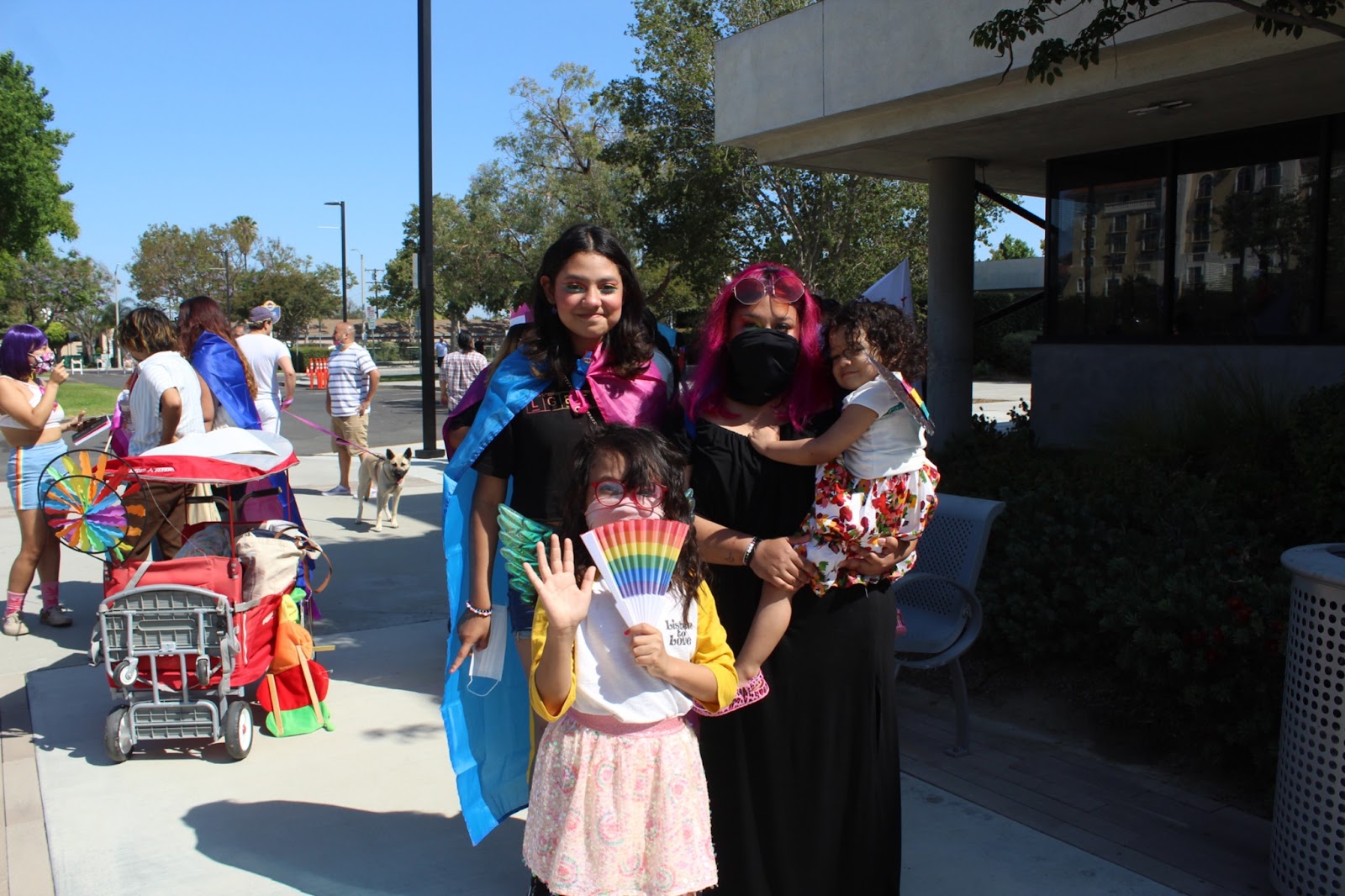 The raising of the flag was not supported by all and was controversial within religious groups and conservative community members. Despite the opposition the Contreras and the Downey Pride Alliance members were victorious and were able to get the permissions to raise the flag.

Contreras says by these small victories and assemblies it lets the community know, in regard to the LGBTQ+ community that, “We’re here, we’re working in the community here, and there is a space for you…”.

Contreras is the facilitator of the group and with the growing support of new members, is excited to plan for upcoming events. 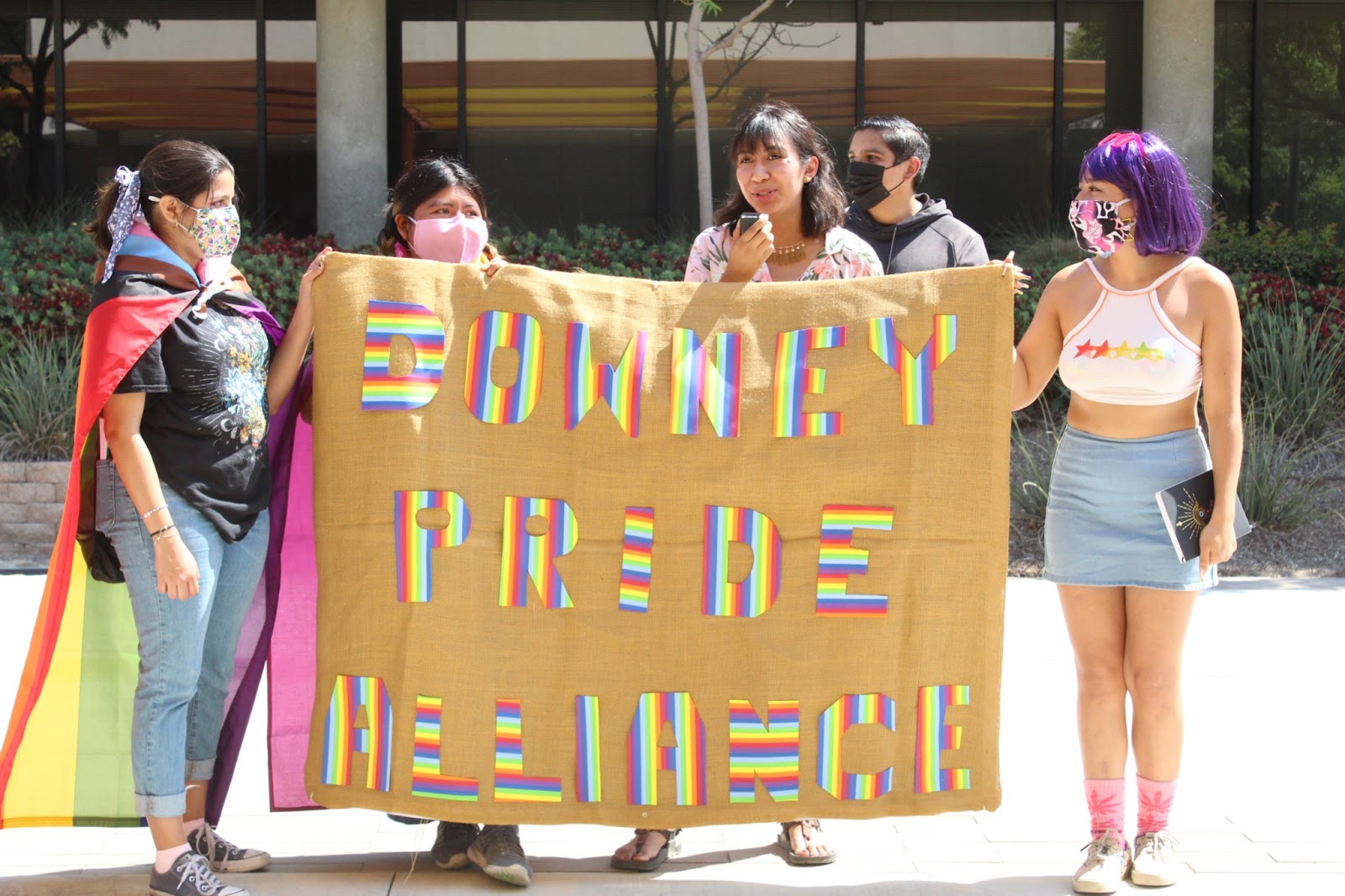 Looking toward the future Contreras hopes that they will ultimately be able to be a driving force in the community to help people who are in need of things such as housing and basic everyday needs.

More from CommunityMore posts in Community »